On the first day of polling in Bengal, PM will pay obeisance at a shrine of the community in Bangladesh; Matuas wield a say in 40 seats

On March 27, the first day of polling in West Bengal, Prime Minister Narendra Modi will be paying obeisance to Harichand Thakur, the founder of the Matua sect, in Orakandi in Bangladesh. The Matua Dalits who shifted to West Bengal from East Bengal, that is now Bangladesh, are at the centre of the BJP’s politics around the Citizenship (Amendment) Act, 2019 (CAA). They constitute one-fifth of the State’s Scheduled Caste population and can influence the outcome in nearly 40 Assembly seats.

The BJP hopes that the Prime Minister’s visit will be the wind in its West Bengal sails. Santanu Thakur, Bongaon MP and Matua leader, who will be accompanying Mr. Modi to Bangladesh, said, “We are happy that the Prime Minister is visiting Orakandi, which is sacred to the Matuas. We are proud of the development.”

An Ambedkarite section fears a backlash against the community in Bangladesh, and even suggests it may not be unintended. “There are nearly a crore Matuas in Bangladesh today. The Prime Minister’s visit will put them at the risk of violence by Islamists, and I guess that is what the BJP wants. They can then campaign on the Hindu-Muslim agenda in West Bengal,” said Sharadendu Biswas, Matua activist and director of the Jai Bhim India Network.

Taking the campaign across the International Border that divides Bengalis on religious lines could help the BJP in the election, but it also proves the futility of the CAA as an instrument of appeasing the Matuas, according to Mr. Biswas. “Orakandi is our sacred place, which is not in India. But India is also our land. Matuas resent the use of the term refugees. We are not refugees here,” said Mr. Biswas. With the community still continuing cross-border connections that are religious and social, the BJP’s idea of a rigid border between the two countries is threatening for the Matuas. “We are for soft borders that allow communications among us, though we are divided between two countries.”

“As far as the sealing of the borders between West Bengal and Bangladesh goes, we have not heard about any such proposal and I cannot comment in advance. It is a thing of future,” Mr. Thakur said. 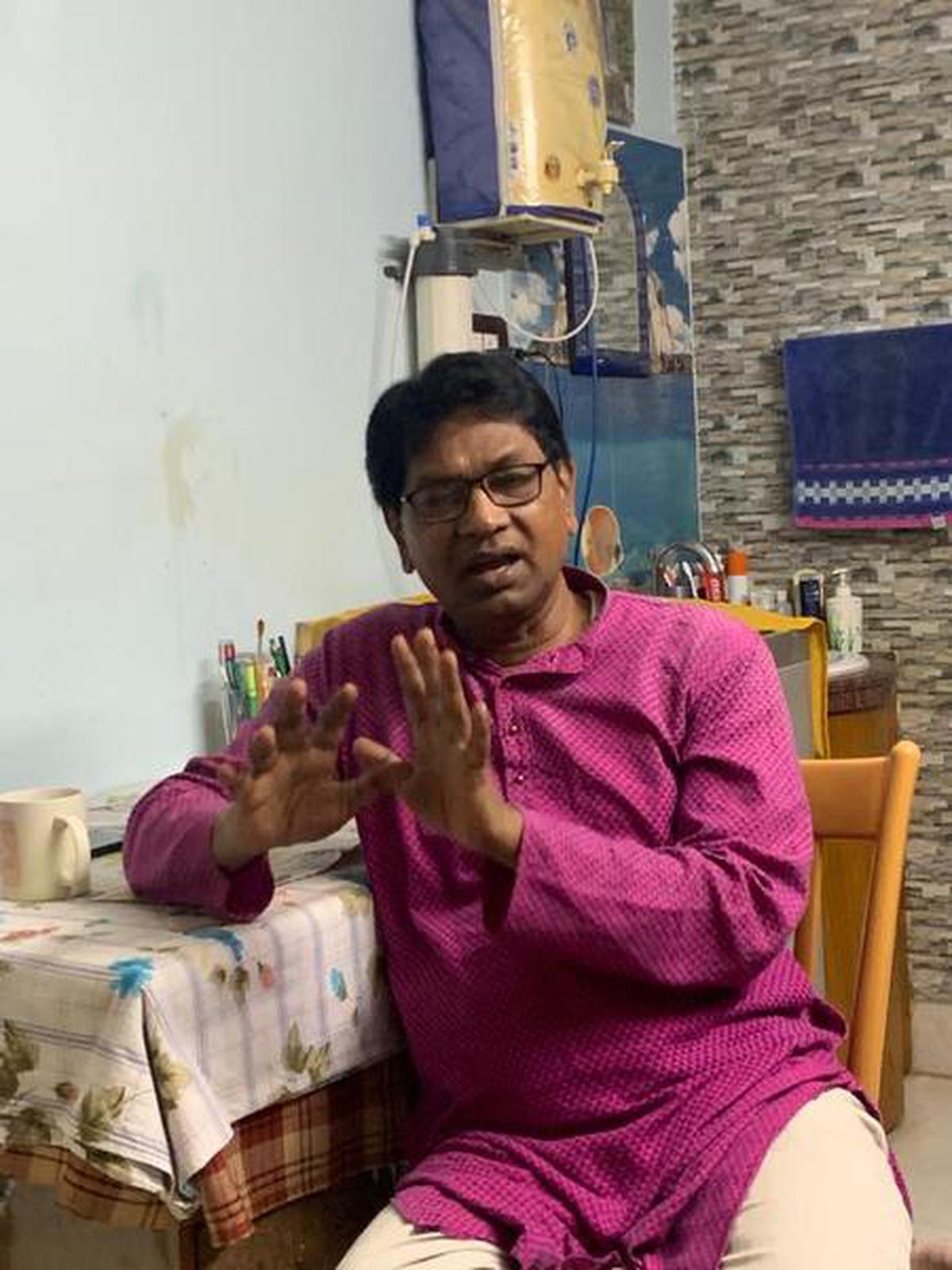 East Bengal became East Pakistan in 1947 on the basis of religious nationalism; in 1971 it became Bangladesh on the basis of linguistic nationalism. On both occasions millions of people crossed the border. The birth of Bangladesh unravelled the two-nation theory on the one hand, but subsequent developments pushed more non-Muslims out of the country.

Immigrants from Bangladesh did not think anything amiss in India until 2003, when the then BJP government amended the Citizenship Act, 1955 to insert a definition of an “illegal migrant”, who could be jailed or deported. The Matuas rose in protest. The BJP promised the new CAA that made a distinction between Hindus and Muslims who had crossed over. “The Matuas were very excited at the beginning. But gradually they began to realise that gaining citizenship under the 2019 CAA would be a demeaning process — accept that you are illegal, declare that you were persecuted etc.,” said Mr. Biswas.

Meanwhile, Chief Minister Mamata Banerjee declared that Matuas were already Indian citizens and they needed no new law — she continues to maintain that position. Matua leaders in non-BJP parties demand that all those who were on the voter list in 2019 should be considered citizens without any further process. Faced with questions on its implementation, the BJP has gone silent on the CAA in 2021. Home Minister Amit Shah has said rules will be notified in due time. Non-BJP parties also don’t talk about the CAA — as any criticism of it is widely seen as Muslim appeasement. The BJP is committed to implementation of CAA, said Mr. Thakur. “The Centre alone can assure its implementation. It does not matter what the Trinamool Congress says. The Centre has assured the implementation of the CAA and we are hopeful of its implementation.”

The BJP has tied itself in a knot over its citizenship politics, but Matuas have limited options. Being victims of Islamism, a large segment of them find Hindutva appealing. Many of them also resent Ms. Banerjee’s pandering to Muslims. Matua politics of the BJP is premised on the view that India is the natural homeland for all Hindus. They still can have their sacred sites across the political borders of India, Mr. Modi’s planned visit to Orakandi suggests.

Tap the speech of the Chief Minister, then where is the security of the common man! The grassroots raised the question

History and football duo, starred teaser launch at the beginning of the Bengali year! Director Dhruba Bandopadhyay launched the teaser of his upcoming movie golondaj where Dev is playing lead role– News18 Beganli