Pritha Tah was 19 years old when her father Pradip Tah, a former MLA of the Communist Party of India (Marxist), was killed allegedly by Trinamool Congress activists in 2012. At 28, Pritha, a leader of the Students Federation of India, is contesting the Assembly polls from Bardhaman Dakshin as the Samyukta Morcha-supported CPI(M) candidate.

“The death of my father and others in political violence is a result of nexus of criminals and politicians. Never before has Bengal witnessed a political regime when criminals would kill with such impunity,” Pritha says as she campaigns in 33 wards, primarily urban areas that comprise the Bardhaman Dakshin Assembly seat.

Srijan Bhattacharya was 13 years old when Singur was on the boil and at 27, the SFI leader is the CPI(M) candidate from the constituency trying to give new meaning to the debate of industry vs agriculture. “In Singur it was never about agriculture versus industry, it was about industry that can be built on the success of agriculture,” Srijan often reflects in his campaign.

Minakshi Mukherjee, the 33-year-old Democratic Youth Federation of India State president who has generated attention in Nandigram, was also 19 when violence erupted in Nandigram. By raising the issue of livelihood and jobs, Minakshi has made an impact on a constituency which is witnessing a clash between political titans, Mamata Banerjee and Suvendu Adhikari. 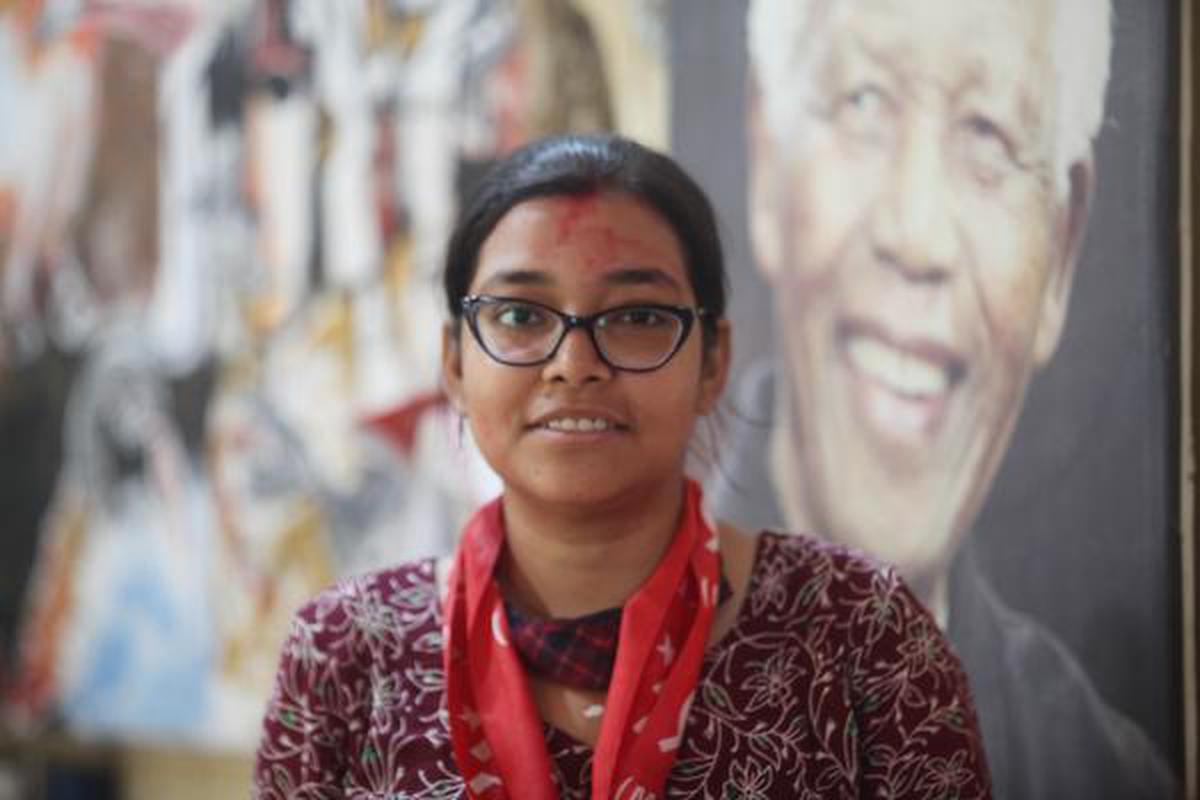 There are at least more than half a dozen CPI(M) candidates in their 20s and 30s in the poll fray in West Bengal who have given the campaign a fresh lease of life.

Aishe Ghosh, 26, sitting president of Jawaharal Nehru University Students Union (JNUSU), is contesting from Jamuria in Paschim Bardhaman. “I am the daughter of Paschim Bardhaman. My father worked in the collieries. I want to stay here and work for the people of Jamuria, that is what I am telling the people here,” she says. While Aishe, who came to prominence after sustaining injuries in the attack on the JNU campus in January 2020, talks against the privatisation of Coal India and other PSUs, Dipsita Dhar, another CPI(M) candidate from Bally and former JNUSU leader in Howrah, is also making the right noises. “Hindus and Muslims are all feel hungry in the same manner. Hunger does not distinguish between communities,” the 27-year-old candidate says.

There are a number of other young CPI(M) candidates who have got seats — DYFI State secretary Sayandip Mitra is contesting from Kamarhati in North 24 Parganas; SFI State president Pratikur Rehman from Diamond Harbour and other youth leaders Saptarshi Deb (former Minister Gautam Deb’s son) from Rajarhat Newtown and  Shatarup Ghosh from Kasba in Kolkata. While the young leaders are aware of the responsibility on their shoulders, some say that they were not aware that they would have to contest the polls till their names were announced.

CPI(M) leader and Polit Bureau member Mohd Salim said the decision to field young candidates was a conscious one as the critics were referring to the party as an “old age home.” Mr. Salim said the new crop of leadership comes up every few years for the CPI(M) from the universities and colleges.

The Trinamool Congress and the Bharatiya Janata Party leadership have dismissed the phenomenon and called these developments nothing more than a “publicity stunt” and said these candidates would not be able to win any seats.

Political observers feel that fielding too many candidates in the 20s and 30s is a part of future planning of the Left parties, particularly the CPI(M). “The new candidates have brought a paradigm shift in the way the Left, particularly the CPI(M), is campaigning with the people. This initiative, where the party has done away not only with old faces, but also old means of mass connect and allowing the new candidates and new forms of public outreach will pay dividends to the party in future,” said Biswanath Chakraborty, professor of political science at Rabindra Bharati University.

“Women will play a big role in the victory of BJP,” Shah demanded

7 hours ago admin
Check Me